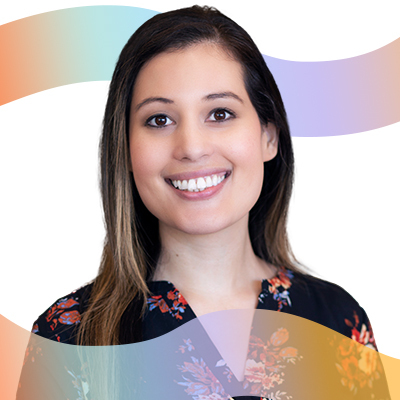 Imagine this: You take out your phone to send a text to a friend, only to find out minutes later that you actually sent it to the candidate you were trying to hire.

Not a pleasant situation.

According to a poll we conducted during a webinar on SMS Horror Stories & How to Avoid Them, 84% of attendees reported they sent an accidental text to someone. Given the rise in SMS messaging to candidates, that number is difficult to ignore. Texting is one of the most effective ways to communicate with candidates today. In fact, 74% of companies using SMS believe candidates make the decision to join their company before they apply.

However, texting from your personal cell phone opens the door to a myriad of problems. Here are some of the most glaring, and what you can do to prevent it.

We don’t have to tell you that cell phones are distracting. While they’re an essential means of communication, it’s easy to get lost in the sea of messages, games, social networks, and dozens of other apps. For recruiters using their personal phones to text candidates, the chances of getting sidetracked spikes. Even the most innocent attempt to clear a notification from your app can open a can of worms.

Not to mention, a personal device simply is not the most effective way to text candidates. One-to-one messages can easily get lost among other conversations (which is exactly how those “accidental” texts end up going to the wrong individuals). Managing multiple communications also becomes chaotic. As you interact with more and more candidates, you’ll have to go through hundreds, or even thousands of phone numbers to identify who’s still a lead, who’s an employee, and so on.

In its most innocent form, an accidental text might consist of autocorrect gone wrong. Embarrassing, sure, but certainly not the end of the world. In the worst case scenario, however, one mishap could compromise your candidates’ personal information.

Between hackers and the possibility of accidental awkward exchanges, everyone is at risk. Both candidates and recruiters could have each other’s personal cell phone numbers years after their initial interaction, increasing the chances of something going awry. Considering conversations with talent can get uncomfortable as it is—75% of attendees polled said they have had an awkward exchange with a candidate—why take on additional risk?

You also can’t confirm compliance with GDPR and other privacy laws, which throws you into murky territory. Guidelines are difficult to enforce in any Bring Your Own Device situation, but if you can avoid potential legal troubles, the better.

Whether you’re the type of person who deletes their text history at the end of every week or doesn’t cleanse until it’s time to get a new phone, the lack of documentation and analytics becomes a major challenge. There’s no ability to reference or track communication with a candidate (what if multiple recruiters reach out to the same person at the same time?), nor is there any transparency into what is and isn’t working.

As a leader, you always want data around what’s going on so you can make good decisions. If you’re in charge of a team using personal cell phones, you can't identify SMS engagement and conversion rates. And if you lack that information, you have no insight into how you should adjust your recruiting strategy to account for SMS messaging.

So if personal devices are out, what’s a recruiter to do? Consider a third-party platform that allows you to safely and securely send and manage SMS communications to candidates. Not only will it help you avoid the issues above, it also enables you to do more with SMS, especially if it offers:

These tools also provide you with dashboards that display inbound texts from candidates, archives conversations, and highlights performance—a lot more information and capabilities than your ordinary cell phone.

Interested in learning more about SMS? Check out the full webinar recording here.

3 Ways to Campaign to Candidates with Empathy

Quiet Quitting: How to Think About It