Employers have grown increasingly concerned about finding and keeping the best talent in order to achieve their company's growing ambitions. They know that talented employees are the heart and soul of their business and are crucial to build a thriving organization.

Today's job market is in the hands of the job seeker. This is pushing the effectiveness of traditional recruiting practices out the window. To meet job seekers' raised expectations, employers must change the way they market and sell jobs to job seekers in order to convince candidates to work for them over their competitors.

Many employers understand that having a positive employer brand is important in order to attract top talent, but they often struggle with creating and maintaining an image that is positive and marketable.

Here are three inspiring stories of employers who successfully revived their talent brand and gained recognition by doing so.

GoDaddy is the world's largest domain name register with over 13 million customers. Determined to bring the power back to the people, GoDaddy's team of more than 4,500 employees are passionate about their customers and know what it takes to succeed on the web.

GoDaddy's company culture is reflective of the brilliant people who work there, but when the employer started running Super Bowl commercials in 2005, many people questioned what it was really like to work there - especially women.

The Super Bowl commercials certainly attracted attention to the company, but critics alleged that GoDaddy was objectifying women for the sake of sales. This was a big turnoff to many job seekers, especially to women in tech.

Fast forward 10 years and GoDaddy's story is completely different. Blake Irving took over as CEO in 2012 and made it his mission to completely revamp their marketing presence.

Moving away from the brogrammer stereotype

Just two years after joining GoDaddy as CEO, Blake Irving created the GoDaddy Women in Technology network to support professional development and networking. In addition to creating the WIT network, Irving was also executive producer of the documentary CODE: Debugging the Gender Gap.

According to GoDaddy's employees, their work environment never truly reflected its outside (infamous Super Bowl ad) image. The employer was always supportive of its female employees, but uses their employer branding comeback as a platform to speak about the importance of diversity.

Since reworking their employer brand, GoDaddy has shown support for the #ItWasNeverADress campaign and was listed by the Anita Borg Institute as one of the Top Companies for Women Technologists in 2015.

GE plans to be one of the world's 10 largest software companies by 2020, so they decided to take on the manufacturing-only stereotype by deploying an advertising campaign aimed at showcasing their innovative work.

What's the Matter with Owen?

Owen tells the story of how he got hired to work for GE and the commercials follow his story as he breaks the news about his new job to his parents and friends.

He discusses the projects he'll be working on and how he plans to help GE change the world, but absolutely nobody he tells is impressed.

Owen understands how great it is to work at GE, but his friends and family have a hard time understanding that GE is not just an industrial company. Fending off the disappointment shown by his family and friends, Owen explains all of the "cool, digital industrial stuff they are doing right now."

Since launching the campaign, GE's career site visits have increased by 66% month over month.

Zappos was born in 1999 with the idea to create a destination online that offers the best selection of shoes in terms of brands, styles, colors, sizes and widths.

As Zappos grew and expanded, they faced major recruiting problems. In 2013, Zappos received 31,000 job applications yet only made 350 new hires. This was a big problem for Zappos because it indicated poor candidate quality, as the majority that applied were rejected.

The Zappos career site also had a bounce rate of 80%, meaning it was failing to engage with talent because candidates were either turned off or could not find the right role.

As a result, Zappos launched the Zappos Insider program, which allows job seekers to be a part of the Zappos family without applying for a specific job. 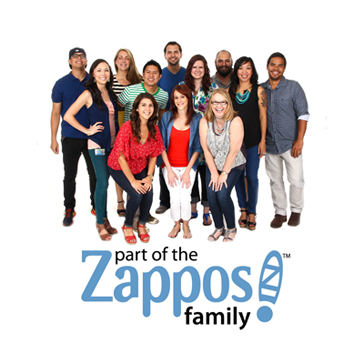 The program was intended to create long-term relationships with people who potentially want to work for Zappos, whether for an open position today or for a job sometime in the future.

Shifting from reactive to proactive, their relationship-based recruiting model focuses on developing long-term relationships with prospects. By keeping the conversation open with prospects, both parties can get to know one another.

Since launching the Insiders Program, Zappos has attracted three times more unique Insiders while reducing the career site's bounce rate from 80% to 43%. Zappos recruiters have also become more strategic in the way they recruit without using the traditional job postings as a crutch.

Want to know how you can position your career site and related talent acquisition efforts to earn your candidates' attention and trust? Download our free e-book below.