What to Do in Philadelphia During IAMPHENOM

IAMPHENOM ticket in hand, bags packed, hotel booked, you’re all set for an insightful talent acquisition and technology event! But, what’s that you say? You’ve never been to Philadelphia? Well, in addition to the events IAMPHENOM will generate for you, here are several Philly hot spots you should make time for in your itinerary.

A Run-In with History

Fun fact! Did you know that Philadelphia was founded on October 27, 1682 by William Penn (the same founder of Pennsylvania) who is also the guy mounted at the top of City Hall? It was also the nation’s first Capital. At over 300 years old, there is a ton of history strewn throughout the streets of Philly.

A Blast from the Past

The bell came into existence when the Pennsylvania Assembly ordered it to honor William Penn’s 50-year-old Charter of Privileges, a set of guidelines for the colony. There are discrepancies about how the famous crack came into existence. Some believe it happened upon arrival in Philly whereas others say it happened when they rang the bell on Washington’s birthday.

This is the birthplace of America. The Declaration of Independence was adopted and the Constitution of the United States was drafted and signed. You can get your ticket for a tour of the building only at the Independence Visitor Center. But, you have to be quick! Each day they only give out a limited number so get there when the doors open.

It’s the world’s largest municipal building in the nation - even bigger than the US Capitol building. It’s also entirely made of brick (over 88 million bricks to be exact), marble, and granite without any iron framing, and the walls at its base are 22 feet thick. The cherry on top is William Penn’s statue at the building’s highest peak which stands at 37 feet and weighs 27 tons. 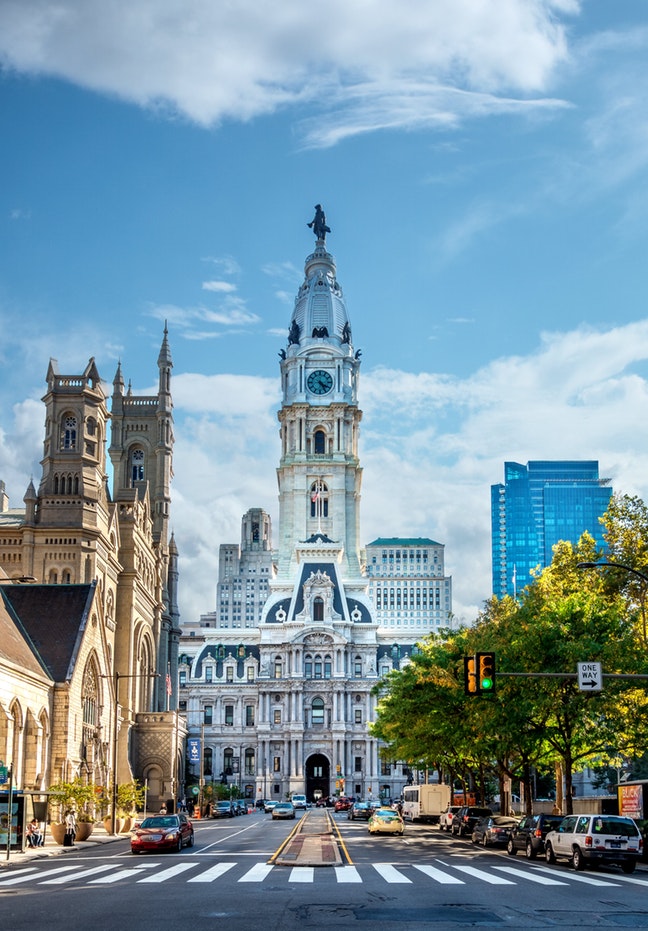 A Brush with Fame

After Rocky III, an artist created a bronze statue of the iconic Philly character jumping after running up the Philadelphia Museum of Art’s steps. Sylvester Stallone then donated the statue to the city where it now rests at the bottom of the museum’s steps. At any given moment, there is a line of tourists and locals who take a picture with the famous boxer.

If you want to see Philly from a bird’s eye view but don’t have the time, money, or guts to get into a helicopter, the Observation Deck is the next best thing. For only 15 dollars, you can get a ticket to the top of the 57th floor of the One Liberty Place tower. After ascending the ear popping elevator ride to 883 feet above street level, you’ll get a 360 degree view of the entire city and see from Pennsylvania’s suburbs to New Jersey. If you go, there’s a “giant” bonus in store. Let’s just say he has a bridge named after him.

A Touch of Wisdom

Also known as the Art Museum, the Philadelphia Museum of Art is a massive collection of sculptures, paintings, ancient artifacts, and contemporary pieces. Walkthrough time as each room and branch consists of displays from every century since the dawn of man when he picked up charcoal and created the first cave drawing. Be sure to schedule out a couple hours for this one. You can easily get caught up in each piece and description. 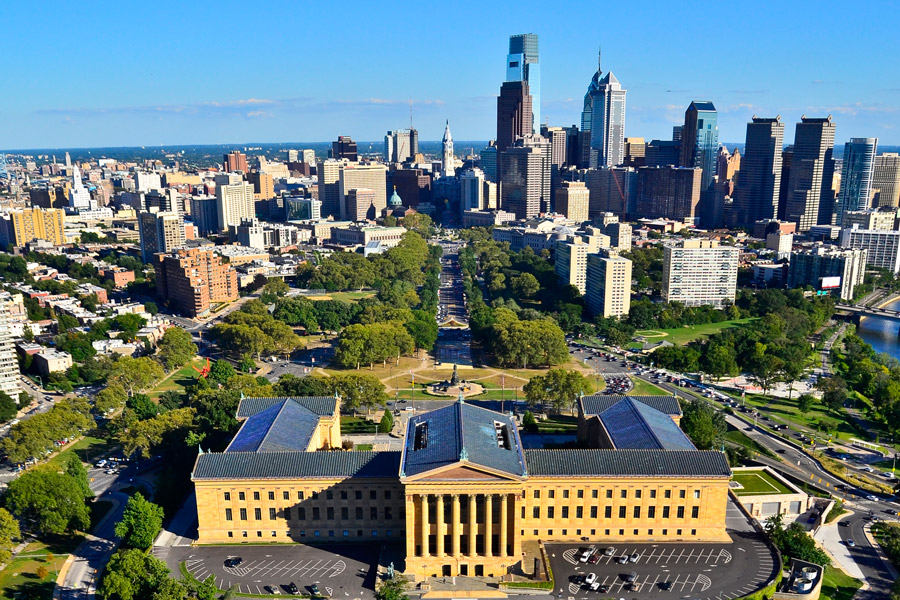 This is a curious cat’s paradise. The Franklin Institute is constantly exploring various topics, events, and people with new exhibits, escape rooms, planetarium shows, movies, and virtual reality sessions. Located at Logan Square and just down the street from the Art Museum, you can get a ticket for just 23 dollars and leave the institute stuffed with mind-blowing facts.

A Taste of Culture

Opened in 1893, the Reading Terminal Market is a montage of exotic and local dishes, grocers, and gift shops with strong cultural influence. If you’re not sure what you want for lunch or dinner, the RTM is the perfect spot to satisfy any craving. Take a trip to 12th and Arch Street, and you’ll immediately smell the alluring aromas spilling out onto the streets. You will not be disappointed!

If you like culture, you’ve come to the right place. On the block of South 9th and Christian Street, is the Italian Market. This is home to America’s oldest outdoor market where goers can find any treat they want with produce, baked goods, deli meats & cheeses, bars & restaurants, and shopping boutiques. The spring and summer months is when this market really comes to life so if you’re looking for an authentic outside market experience, look no further!

Have you had a Philly Cheesesteak but not in Philadelphia? If so, you haven’t had a real Philly Cheesesteak. As the story goes, Pat Olivieri (what the famous Pat’s King of Steaks is named after)was a hot dog vendor in Philly in the 1930s. He invented the first cheesesteak and as a cab was cruising by, the driver smelled the new concoction and ignited a foodie phenomenon. Every Philadelphian knows the classic argument of who has a better steak, Pat’s or Geno’s. But there are many other hidden gems in the city that serve up a mean cheesesteak; John’s Roast Pork, Jim’s Steaks, Sonny’s Famous Steaks, Ishkabibble’s, and even at the Reading Terminal Market. 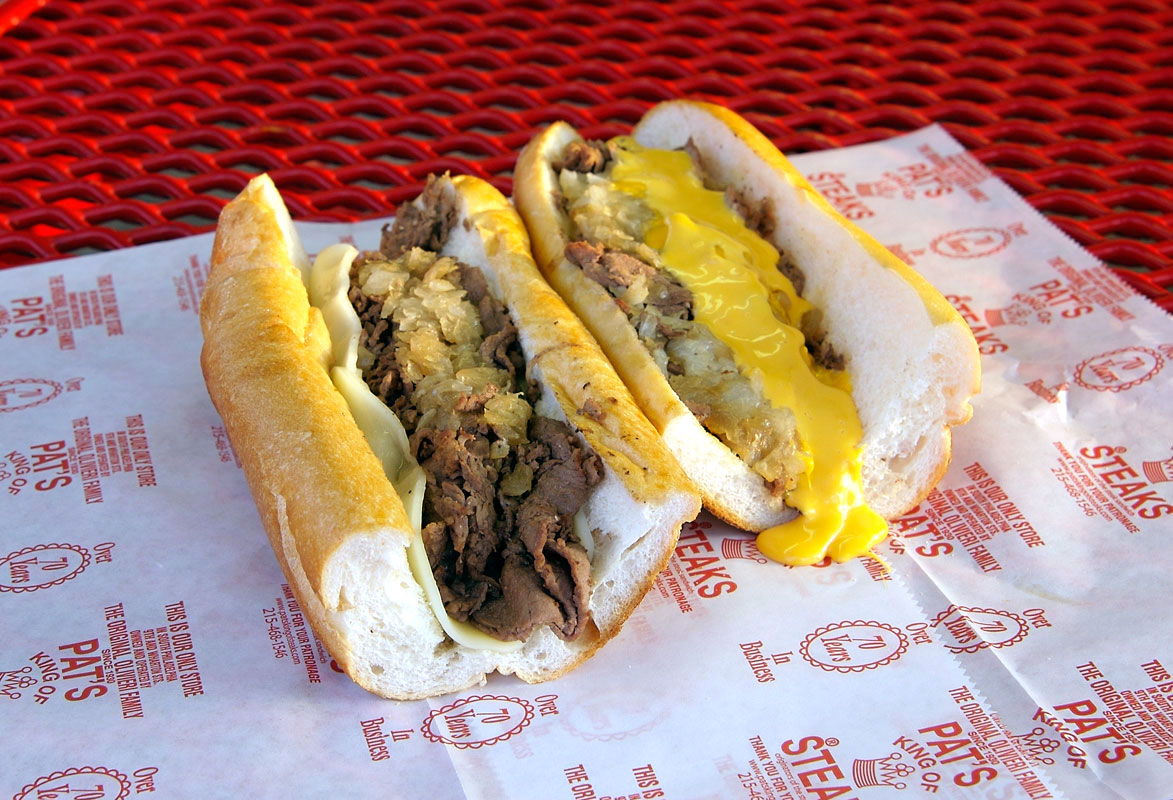 This is only a glimpse of what the city can offer you. If you’re hungry for more, go to Visit Philly’s website and explore all the options. South Street, Boathouse Row, Eastern State Penitentiary, and the Gayborhood are massive attractions you’ll also want to see.

Enjoy IAMPHENOM and welcome to Philadelphia!