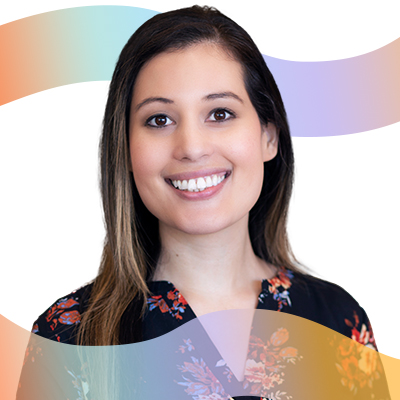 Artificial intelligence (AI) is still akin to a new frontier: Early adopters are navigating the new technology like pioneers, discovering the goldmines and pitfalls alike.

Meanwhile, as those who haven’t ventured in yet build their knowledge around AI, they may be susceptible to common misunderstandings about the nuances of AI’s benefits and use cases.

John Sumser, Principal Analyst, HRExaminer, gave it to us straight regarding AI myths versus facts during our recent event AI & the Evolved Recruiter.

Sumser, who is not only the Principal Analyst for HRExaminer but also the publication’s founder and editor-in-chief, is known in the industry as a clear voice on controversial topics. He broke down five of the most common misconceptions about AI technology. Read about them here to gain a firmer foothold in the AI conversation.

Watch his full session "The 5 Misconceptions of Artificial Intelligence & Machine Learning" here — and unlock access to all on-demand event content!

AI is an intelligent tool (Sumser’s preferred terminology because it implies something you use, not something that uses you). Behind its interface is a mathematical model that uses the least number of variables possible to produce a good-enough correlation about whatever aspect of the universe you’re trying to better understand.

There are going to be differences between the model and reality, and that’s where human intelligence comes in. An answer from a machine is output, and must be treated as such by users who understand that data science has limitations, and flaws will exist.

Takeaway: Use AI as decision-making input. Use your own creativity and judgment to tweak final decisions as needed.

Reality: The bias exists in the data and the workplace

Bias is “a big and unwieldy idea,” Sumser says. So many unconscious biases exist that drive individual decisions as well as an organizational culture as a whole. If an organization hires people with similar characteristics over the years, and the system collects that data, it will recommend candidates with similar attributes.

Takeaway: AI can open the door to a conversation about bias. But the humans behind the data flow will undoubtedly introduce (and re-introduce) bias into the system.

Investing in AI is like buying a tire: You have to watch it to see when it’s wearing out.

Whereas software has a sort of permanence about it, AI does not. Sumser describes AI as the intersection of algorithms, machine learning, natural language processing, and a flow of data, with a feedback loop threading through it all. In good systems, he adds, the intelligence is modified by the data that flows through.

For optimal performance, the system needs maintenance and improvement cycles.

Takeaway: AI is not a set-it-and-forget-it tool. You need to monitor its input and output to understand when to perform maintenance and improvement.

Reality: It depends on the data

To explain this myth, Sumser draws on an adage from the early days of computing: Garbage in, garbage out. If biased data enters the system, then biased recommendations will come out.

However, while you can’t rely on AI to be unbiased, you can rely on it to be predictable in the quality of recommendations it makes. Unlike human colleagues, it never comes to work tired or distracted, Sumser points out. It just shows up and does the work.

Takeaway: Decisions should always be made by a human being. You need to be in charge of the machine – not the other way around.

Reality: The total cost of AI is very hard to predict

As use of intelligent tools increases an organization’s capacity to make better decisions, the inevitable happens: The organization will discover more areas where they want to perfect decision-making (and hence, expand the use of AI).

How can you tell that higher-quality decisions are being made? They become more reliable and more predictable, Sumser says.

Takeaway: With AI, you don’t just take one step in. One step leads to many steps (and ongoing investment in AI).

Parting Thoughts: The Case for Ethics in Post-Industrial Business Management

In Sumser’s view, current circumstances are hastening the pivot toward a post-industrial world where the workplace will be a blend of intelligent tools and people.

Decision-making may be more difficult and error-prone in the next five years than during the last 50, he says: We’re in new terrain, the implication being that many decisions organizations face will be decisions they’re making for the first time.

As reliance on intelligent systems grows, organizations and managers will need to employ a code of ethics to drive decision-making, giving more weight to the questions “What’s the right thing to do in this situation? Will this decision hurt anyone?”

“Ethics,” Sumser concludes, “is another way of saying post-industrial management.”

Ready to leverage AI to hire, develop, and retain your talent? Request a demo!